Scientists have found traces of ancient life in rubies that are 2.5 billion years old. The sample from Greenland, where the ruby ​​is claimed to be the world's oldest, contained graphite, a mineral made of pure carbon. Chemical signatures in the carbon suggest it is a remnant from ancient life, CNN reported Tuesday (10/26/2021). "The graphite in these rubies is truly unique. This is the first time we've seen evidence of ancient life in rubies," said Chris Yakymchuk, professor of earth and environmental sciences at the University of Waterloo, Canada. Graphite itself has been found in rocks older than 2.5 billion years ago, when oxygen levels in the atmosphere were low and single-cell life existed only in microorganisms and algae. To determine whether carbon is biological, the researchers looked at its chemical makeup, specifically the isotopic composition of the carbon atom.


There are no comments yet.
Recent Pastes 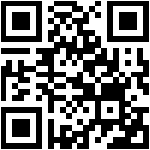